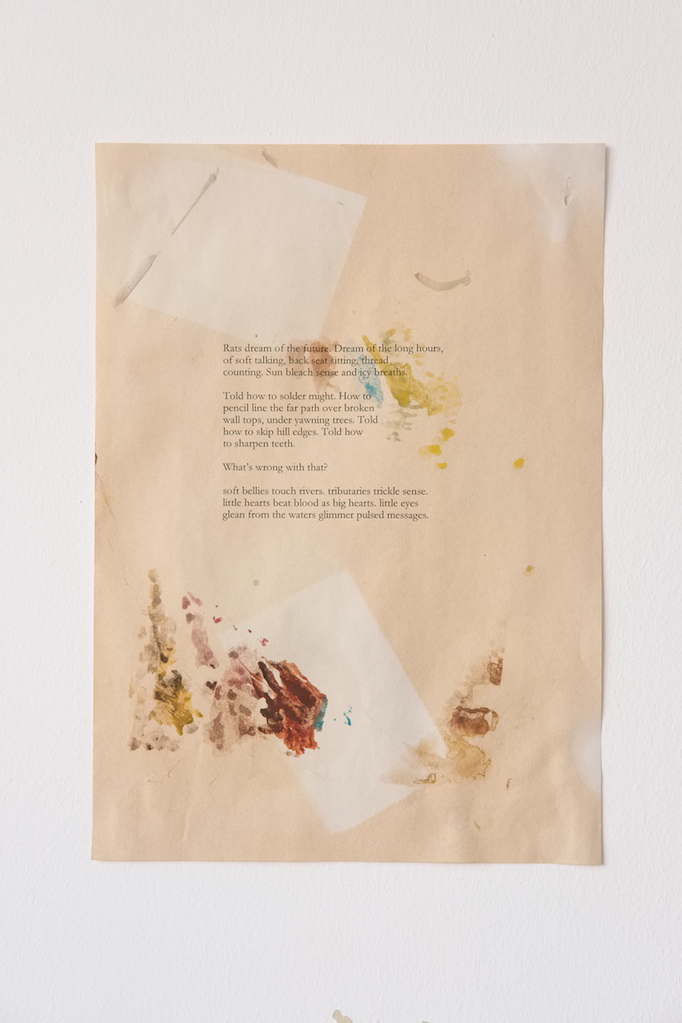 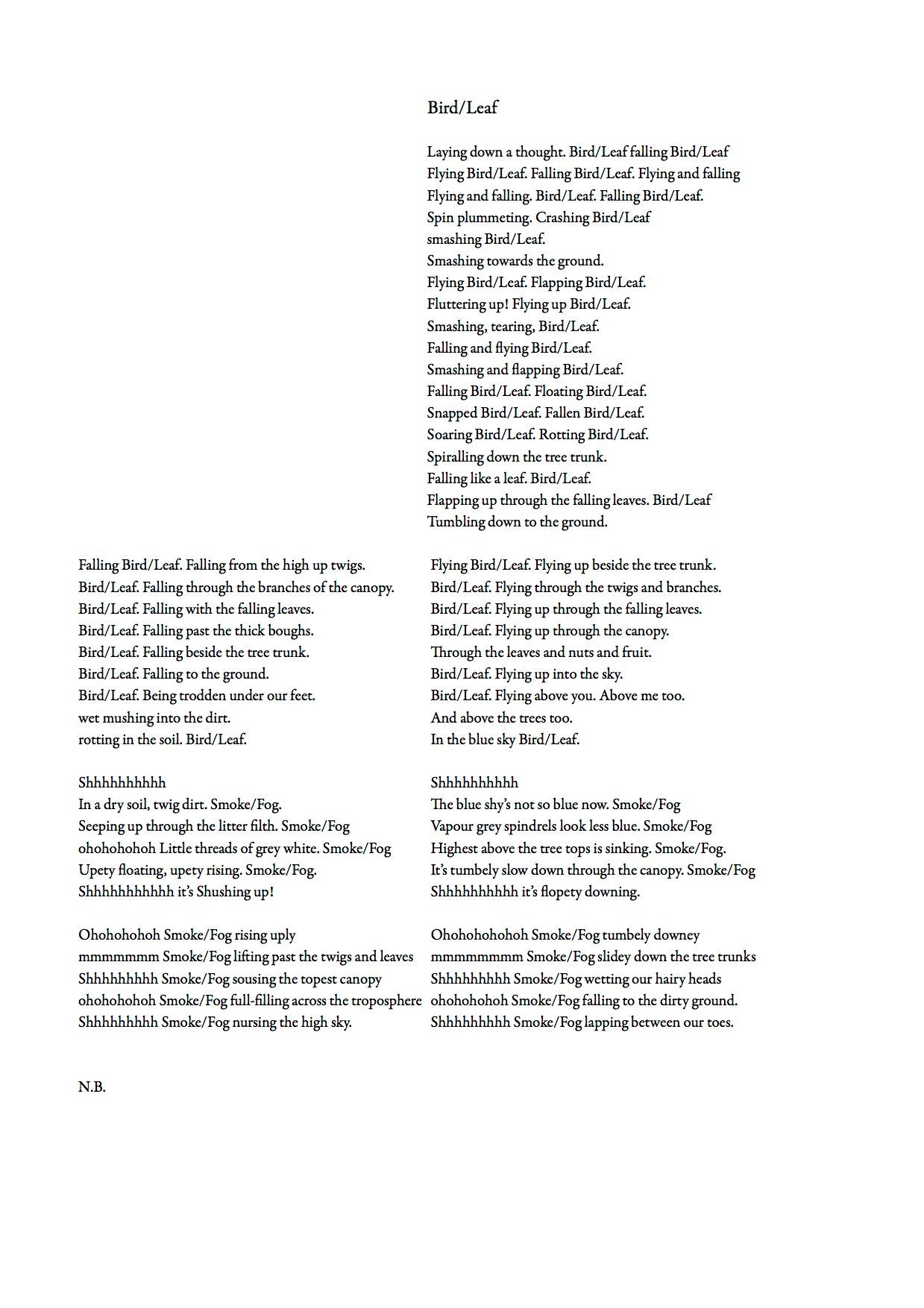 All the seals I’ve clubbed to death
And bled into the sea
To draw from the cold water
Some type of guarantee
And now I sit at our window
Trying to foresee, and
Wondering have I done enough
To bring you home to me

I caught a fly. I pulled at its wings. Gently. oh not so gently. not so gently
I pulled its wings and felt that snapping limit. Paused. Then pulled a little harder. Each
wing popped out of the carapace and the fly dropped to the ground, caught in the mud of the waters
edge. And struggled and died there.
I held the two wings. I held the two wings in each hand up to each ear and listened.
Buzz buzz buzz
Buzz buzz buzz

Alum, Catching, prickling grey with
a bit of red or something like that.
Floating bodies, not-mice.
not-hare, not-rabbit. Maybe-mice.
bobbing about, bumping and knocking about.
Flopping and rolling on the water
spinning with the pond skaters.
Maybe-mice snagging soaked moult on twigs
and thorns. Maybe-mice presenting their
paws to the blueing sky,
all prayer is submission. A grimace turned
upside down.

Sticky widening smell pulling out of
the cold swirl, red/warm or not so much.
Wet mounds of mud, the flood flotsam,
clay cakes of grass hair, bird feather
and within the hearts the promises.
Tumbled down from nest to bank here
like shocked fruit. twisted open on a rock
or branch and spilling small whispers of
surrender as crushed juice from
cracked husks.

Told how to solder might. How to
pencil line the far path over broken
wall tops, under yawning trees. Told
how to skip hill edges. Told how
to sharpen teeth.

What’s wrong with that?

Such small things
Fat hen, wood sorrel, bog myrtle
Spittled across the island ground
Hawthorn, sticky willow, honey suckle
Singing, ‘Do you love me enough?’
like a blinking echo over the water.

You, give us something to bend for
Something to worry at. And
pluck the golden sprigs off. And
chew the greening flesh from.
These are simple dances.
Obedient as ants are.